In what has been described as a prolonged negotiation over the implementation of the N30,000 minimum wage and the consequential adjustment across board, labour in the state has called on its members to prepare for a showdown with Governor Kayode Fayemi.
Expressing dissatisfaction with the way the negotiation for minimum wage and consequential salary adjustment started on 23rd December 2019 had dragged on, it lamented lack of hope for their implementation for all workers.
Governor Fayemi started the implementation for workers on grade levels 01 to 06 last year May, with a promise that others shall benefit before last year December 31.
The labour added that this information became expedient “to prepare workers for the action ahead due to this endless negotiation.”
This position was contained in a statement signed by state Secretary of Joint Negotiating Council, Gbenga Olowoyo, state Secretary of Trade Union Congress, Kuloogun Lawrence and state Secretary of Nigeria Labour Congress, Eniola Akinyemi, in Ado-Ekiti, on Tuesday, after a joint meeting.
It said: “After the FAAC meeting, Ekiti State Government is still placid; workers will not guarantee industrial peace which the leadership of organized labour in the state has utmost sacrificed everything to maintain.
“Workers have been disenchanted and enslaved over this endless negotiation,whereas there are other labour issues yet to be attended to. Enough is enough.”
The organised labour said it had held several marathon meetings with government both at sub-technical committee and enlarged negotiation committee levels with no fruitful result.
“On February 18th 2020, Mr. Governor intervened in the negotiation process hoping that the agreement will be signed on or before the end of February 2020, so that March 2020 salary will be paid with the new minimum wage agreement.
“Thereafter, other meetings were held again in the office of the head of service where all sectors in the public service were to be carried along especially the health sector.
“After waiting for one week, the last straw that broke the camel’s back was held on Monday 16th March, 2020 where Mr. Governor intervened with the hope that the agreement will be signed but alas, nothing happened.
“The story is still the same; Mr. Governor was demanding for two months, from April – May 2020 to monitor the Nigeria economy; this was strongly rejected by labour.
“Our fellow workers, arising from the above narration, the resolution at the Monday 16th March 2020 meeting is to wait to know the fate of Ekiti State in the Federal Allocation status of which the FAAC meeting will hold this week between March 16 and 20,” the labour leaders said. 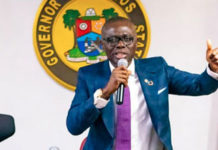 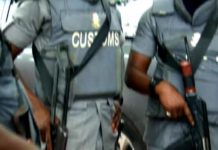 Customs Intercept Items Worth Over N200m In Katsina 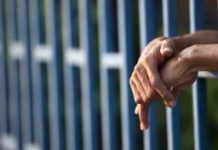 I beat my wife because of disobedience, man tells court

Nigeria to reduce number of children per mother

I Am Tired Of Living Like This | What Should I Do?

How to drive growth through customer support

Italy :British Airways and Ryanair halt all flights into and from...